For historical reference from Kate’s medical team in Rochester MN.

I will send out another copy of my report.

Kate took the Differential Ability Scales-2nd Edition. This is most like an IQ test. Her overall score was an 83.

We looked at basic reading as well with the Wechsler Individual Achievement Test-3rd Edition (WIAT-III). Her basic reading score was a 79.

On these tests the average score is 100. Sixty-seven percent of children Kate’s age will score between 85 and 115.

Hope you find this helpful.

Kate was very tired this morning and went to school late, around 10am. Before lunch she had a series of seizures requiring her rescue medicine.

Came home from school before 2pm. She had enough energy to make her OT and tutoring appointments at 4pm and 5:15pm respectively.

I do not remember the last time she made it through a 24 hour period without needing the seizure rescue medicine Klonopin. 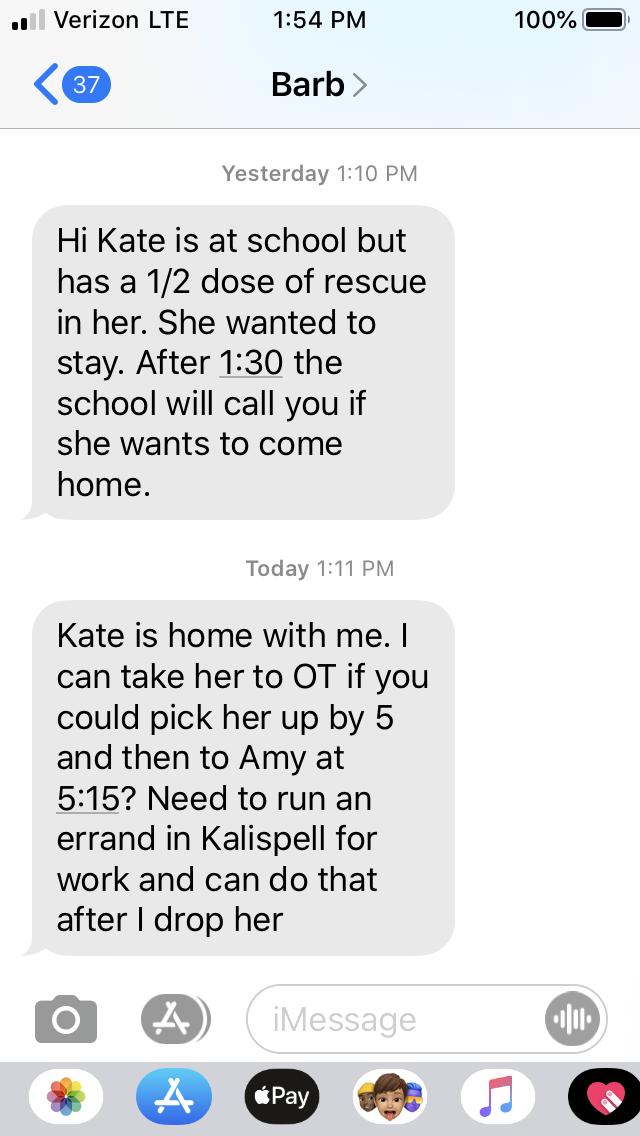 Kate slept in this morning, worn down from daily doses of “rescue” medicine.

She made it through the school day until 1pm, seizures started, didn’t end until 2 doses of rescue med were given by the school nurse.

Kate requested she be able to sleep in, tired from the medication given on Sunday afternoon, Her appetite was diminished, didn’t eat anything at breakfast. Kate and I walked to school around 9am. Seizures started around 9:45 at school, Kate reported to the school nurse after the third seizure in ten minutes. The nurse called me to inform me and confirm my approval for giving the rescue medicine ( Klonopin )

Kate stayed with the school nurse to monitor the effectiveness of the dose. The seizures continued

1:06pm Paetra called barn and I while we were Christmas shopping to ask what to do,… Kate was having a series of seizures on going.

1:22pm a second phone call with Paetra before Barb and I got home reported that the seizures persisted.

Kate spent the remainder of the day, sedated, but without any additional seizures. 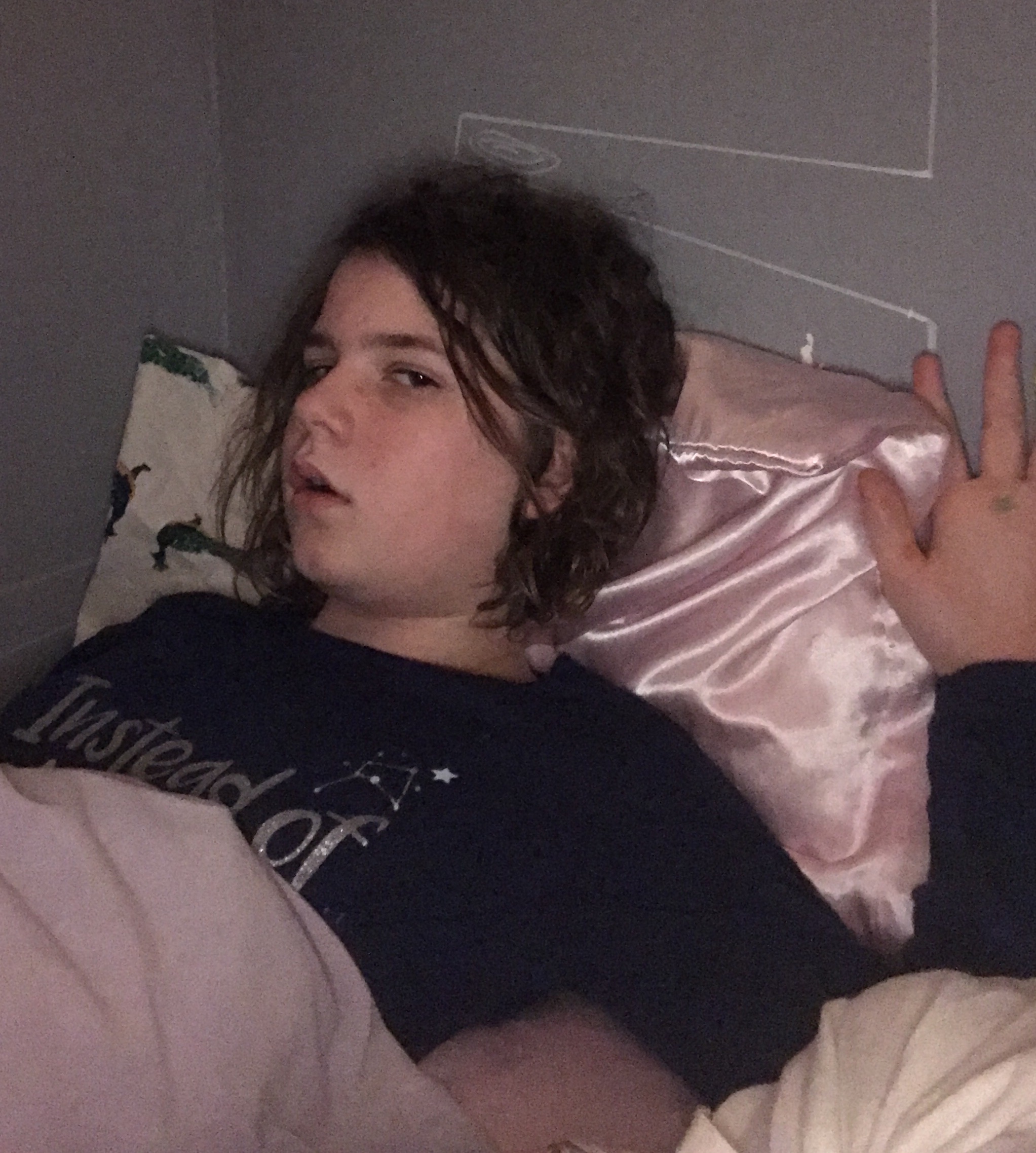 Kate slept through the night, made it through school with two seizures during the day.

After school around 3:15pm, Kate had a series of seizures while we were at home having a snack before tutoring.

The result of the Clonapin is that Kate is lethargic and has trouble completing sentences, her gaze is slow through sleepy eyes. She is anxious to do homework or an activity but is not able to make up her mind what to do 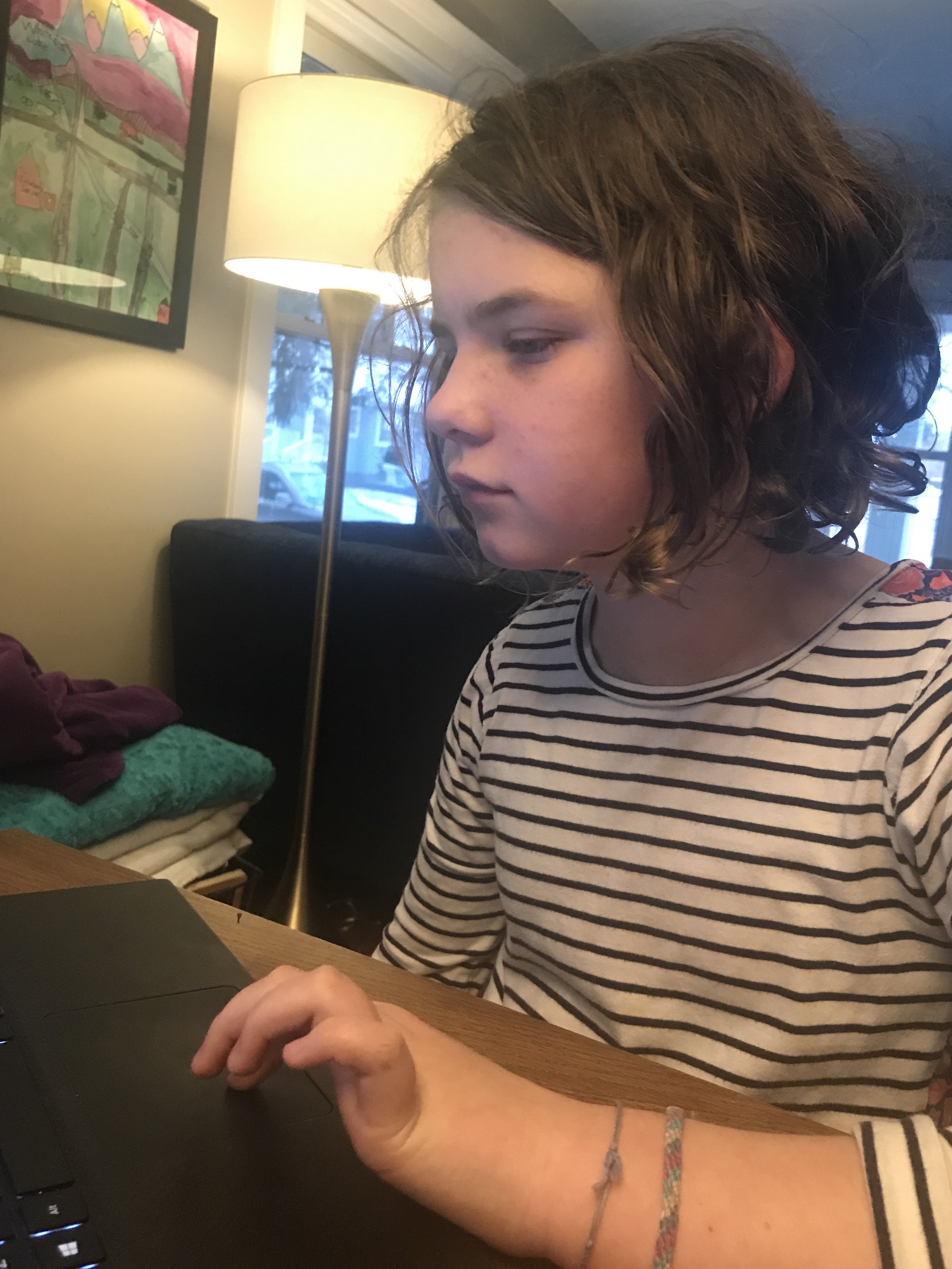 Sunday night Kate woke up at 1am for one hour, returned to sleep around 2am

No rescue medicine given

Monday walking to school, Kate had three seizures within a 20 min period

At 8:30am .25mg dose of Clonapin was given in the nurses office. I stayed with Kate in the special ed room to monitor the effect of the medicine.

At 8:50am additional .25mg dose of Clonapin was given because the seizures had continued after the initial dose.

At this time Kate’s seizures did not have a definitive start or stop, she describes them as waves of intensity with no start or stop.

At 9:10am a third dose of .25mg Clonapin was given. I stayed with Kate at her school so she could attend a Veterans Day school assembly that her oldest sister would be playing with the high school orchestra.

After the assemble concluded, I signed Kate out of school for the remainder of the day. The amount of medication she had in her system at that point made schoolwork and concentration difficult. 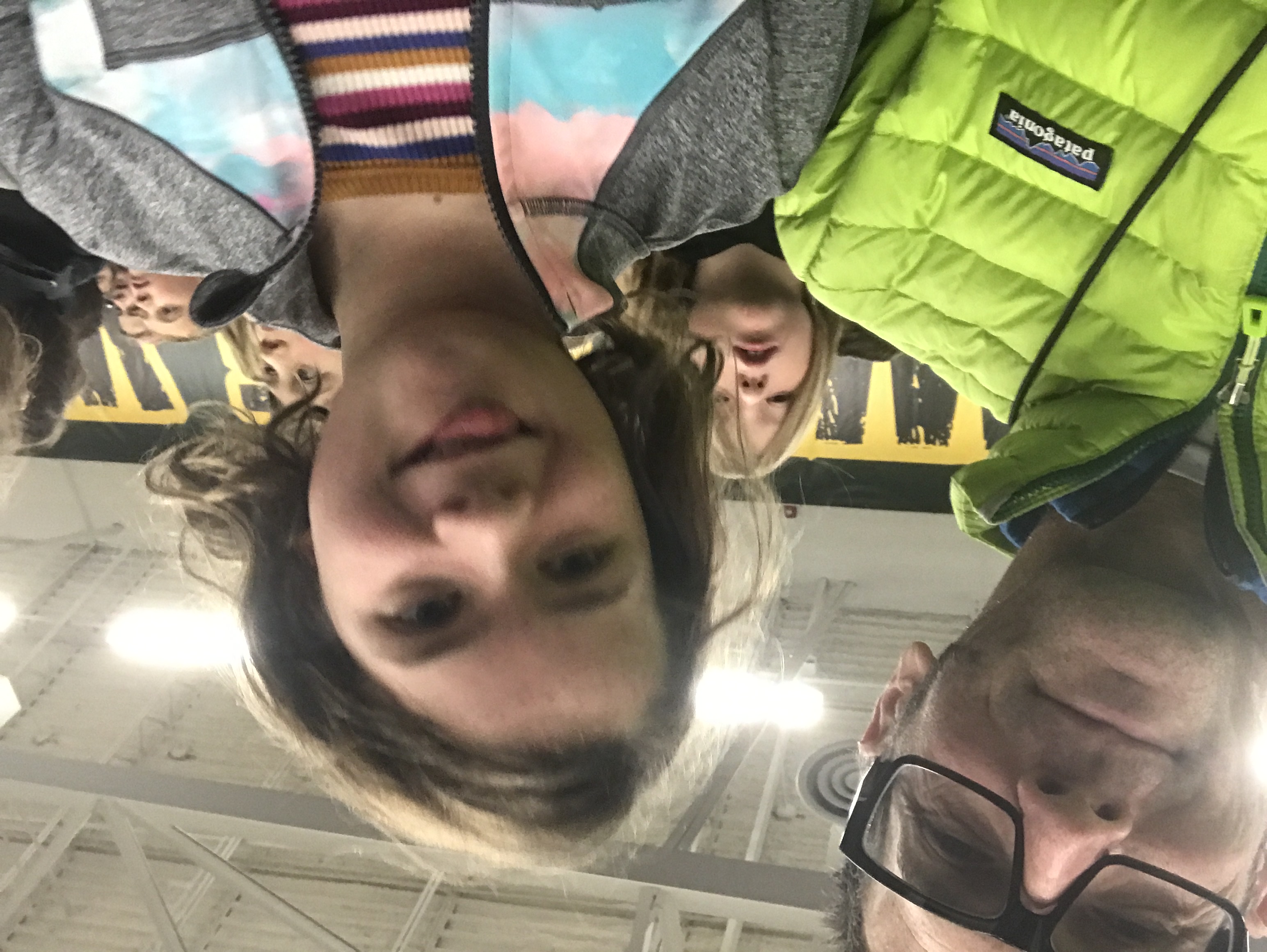 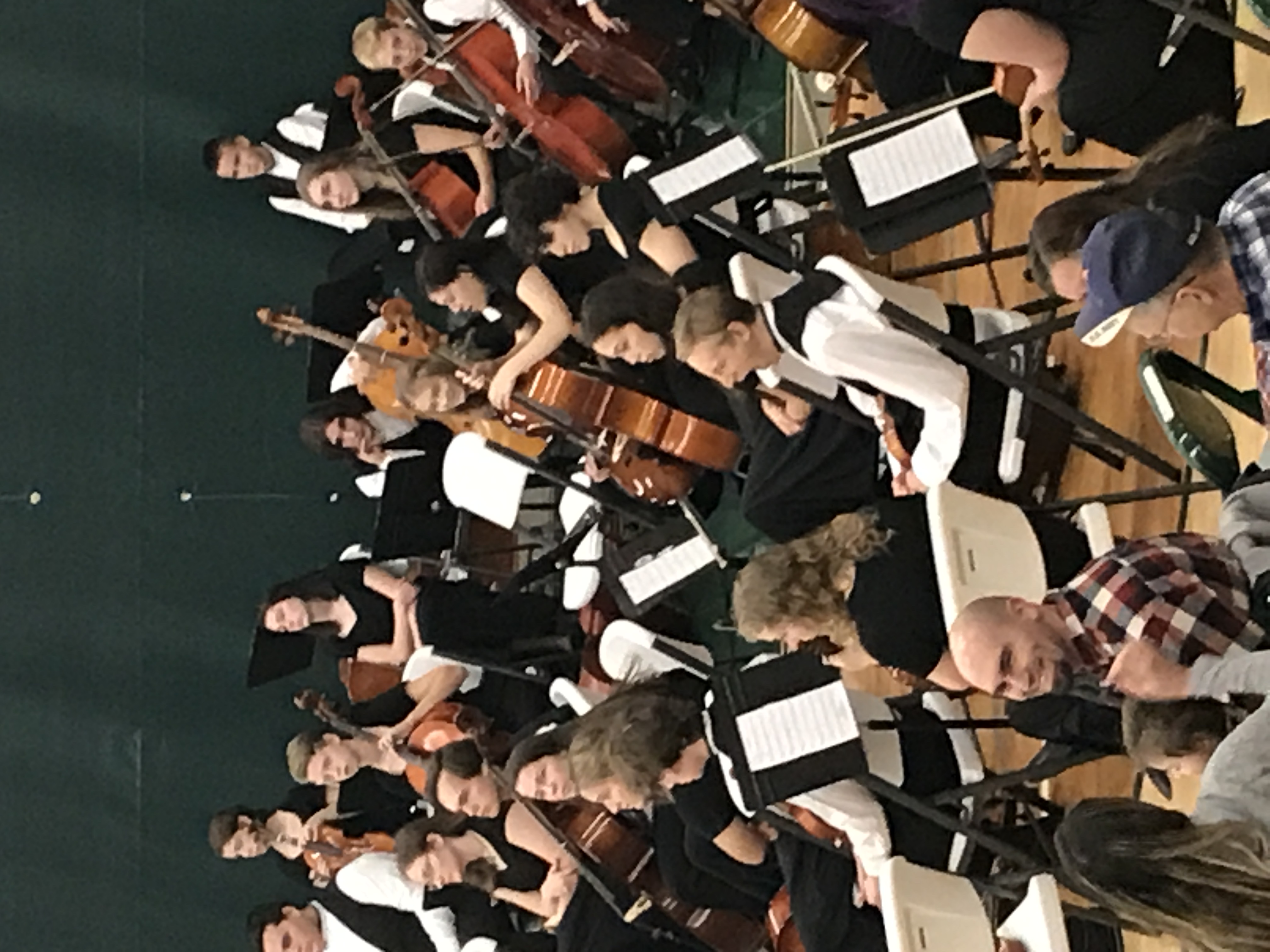 Kate slept through most of the night, waking up at 5am,

7:00 am additional .25mg Clonazipam given after seizures increased

Kate chose to stay home from school today, this is significant because she typically fights hard to never miss school

Kate was aware of an “episode” ( seizure ) at 4:15 that manifests as retching and sense of needing to vomit.

Kate had two seizures in a four to five minute span, each lasting about 90 seconds, she described typical sensations associated